how good was your onahole ?
Forum rules
Locked
1 post • Page 1 of 1

Hey, I meant to review this soon after I got it because of how helpful this place was for helping me choose a few onaholes, but never got around to it. So I'll do a write up on it now.

The box art is rather plain, which is a good thing if customs might be an issue for you. There's surprisingly nothing lewd at all on the box. Just a couple internal pictures on the back.

The onahole is a large chunky thing that barely fits in my large hands. Weighing in at 565 grams according to the box, it's a rather hefty thing. It also requires a large toy bag. 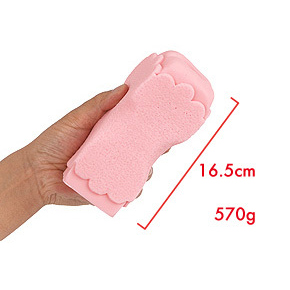 The material is a very soft pink foam that seems to be used in a lot of RIDE Japan's toys including the Bangee Shake, so if you have others like it, you probably know how it feels. The outside reminds me of an old timey popcorn box more than anything.

The entrance definitely doesn't resemble much of anything except maybe a butt if you squint at it hard enough. Or maybe just the top of a peach. I don't think people would immediately know what it's for if you're worried about that. 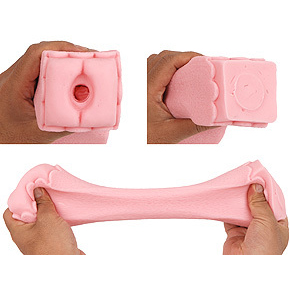 The internals are what got me interested in this one. There's a large bump at the entrance and then it spirals around with some ribbing and tighter spots before ending in a larger chamber.

It has some suction. Nothing special, but it's there and improve the experience. I'd call the stimulation pretty moderate. Worth noting is that if you spin it, the spiral texture feels great. I'm a rather girthy westerner, and it's not particularly tight, so it'd be good for large guys or someone looking for a slightly looser hole. If I had to guess, the opening is around 15mm or 1/2" without being stretched.

It came with a small foil package of rather thick lube.

It's done a great job for the last 5 months or so and well over a 100 uses. It's been my daily driver since La Bocca met an untimely demise. There's a few small holes at the back of it that don't go all the way through and they haven't yet caused any problems. The quality other than that is great.