how good was your onahole ?
Forum rules
Locked
2 posts • Page 1 of 1

I dont see much information around about this series so I wanted to do a quick review. I recently purchased Physical Worker Hijikata Yumi & Physical Worker Suganami Aya, I did not bother to get Physical Worker Tsuruhashi Maki as I felt it was a combo of Yumi & Aya and I couldn't really justify getting that one as well. I was intrigued by the box art as I'm fond of black/hard onaholes and it was the first time I had seen muscular women depicted on onahole packaging. This is my first purchase from N.P.G and after doing a bit of research it seems that they dont have the best reputation but the box art and the idea of a hard muscular women onahole intrigued me. At the price point of Y1,000 (about ten bucks) I figured I had nothing to lose and picked them up in the end.

Physical Worker Hijikata Yumi
Yumi is done with another hard day of work delivering goods to the local shops and what a grand day it was! ....but wait whats that package in the back of her truck? Could it be yours?

The art work is of a beautiful faced long haul trucker. The art was really unusual and intriguing, as hard intense onaholes really excite me, so the marketing was super effective! Well it seemed to have worked on me anyway lol. It just made me think it must really be an intense onahole, damn I gotta try that! Yumi on the left side of the box looking very hot and built! Honestly not a look you associate with truckers in the US in fact a hot muscular woman is the complete opposite of what comes to mind. Box art gets a 9/10 This is the back of the box that very vaguely shows the insides. The images seemed very lacking in detail IMO and I could not fully get the idea of what was going on inside there. Another concerning thing was I did see any depictions on the outside of the hole itself and I found that kinda strange but there is a good reason they did not........ Top of the box shows a steering wheel, a hard hat and a hammer. The hammer I found kind of strange as Suganami Aya seems to be a plumber, If a plumber shows up to your house holding a hammer you might want to call a different company. The top of the box also has a seal that you have to slice open and im glad it did, more on that later. Upon opening the box you will find your onahole wrapped in a plastic bag.. you just gotta LUB these foil packets of lube *sarcasm*. They are kinda messy and storage is a pain, I find a binder clip works well. and here is a side view. Now I mentioned the seal at the top of the box earlier because I found the inner packaging a bit sketchy. The bag was not sealed shut at all, the open end of the bag was just shoved into the end of the onahole. I dont know if this picture depicts it well but yeah was glad the box had that top seal as it seemed strange to me the bag was not sealed. Here is the hole itself out of its sketchy plastic bag. My fist impression of the outside was not really a good one, it was very porous and it kinda reminded me of the texture of asphalt or something. I thought to myself "So this is why the outside is not shown on the box it fucking hideous!" I mean look at this! It looks like the surface of the moon has been turned into a parking lot! It also has a bit of a smell but it has seems to have gone away over time. Here is the hole flipped inside-out. I think putting an image like this on the box would have given a better idea of the insides in addition to the vague depiction given on the box. Despite its looks I must say it felt very nice! There was a bit of a smell at first but it has gone away over time but it was a little distracting the first few uses. The entrance is by no means tight and there is no vacuum effect. What you do get is lots of little nibs that feel wonderful upon entering its kinda like a hall full of firm little tentacles. So how hard is it you ask? I would say it could have been just a wee bit harder but its certainly is not bad. I wish I could compare it to another hole to but I really don't have any other hard noodlely holes (excluding Physical Worker Suganami Aya). I plan on picking up a Kunoichi (Black Hard) some time so that will likely be compared to these if I ever review it. I did not think I was going to be able to feel the larger opposing nibs however there was a noticeable effect nothing major but nice. Twisting and griping also produces a nice effect due to the varying nibs also nice! Overall, is it amazing? Eh, its certainly is not bad it had a few things going for it and some bad stuff going as well.

With her trusty wrench Aya is ready for another day of fixing pipes! Does her exposed plumbers crack not entice you!?!?

Again I really really like the art work on these! Anyone now the artist? or know of any muscular women manga? I have never fantasized about muscular anime women until I saw this art work I don't know if I should be thankful....lol Aya shows you her downstairs plumbing on the left side of the box. lovely ^-^ Back of the box, contains the same type of vague depiction of the insides. Top of the box shows a steering wheel, a hard hat and a hammer. Suganami Aya's plumbers hammer still baffles me @_@ Peeking into the box... This box also has the same 480ml packet of LUB!

and the onahole itself also wrapped up in the same less than satisfactory fashion as Yumi... And here it is out of the bag. You will notice the middle section is kinda bowed out, this section is actually flat creating a nice pinch point. The close-up! This one also looks like asphalt, it really gives you a poor impression and really makes you weary of the product. Its a same really... And lastly the hole flipped This hole was also rather ugly however I must say the feeling was rather nice! Its got a bunch of nibs at the entrance giving you a nice entry. Then you come to a narrow tight section that makes it see like I can feel Aya's 6-pack from the inside before hitting another section of nibs. In respects to the feeling, smell and hardness compared to Yumi, not much more to say there its not better or worse just different. All and all its really nice experience for the price its a shame that these holes have to be so damn UGLY! I really hope that they do a redesign of the outside of the hole at some point then I could hole heatedly recommend this. I would say these are the ugliest holes I own and looking at them I feel a little embarrassed for them compared to my other onaholes.

#1The price! For 10 Bucks you definitely get an interesting experience.

#2 Feels pretty damn good! If you are into the harder onaholes and tentacleish (not a word but whatever) nibs.

#3 Artwork is really good! If you don't care about the art work I get it but I want to list is as a pro as it was the art that sold me on this. I kept thinking "Man it would be interesting to have a onahole that would simulate a muscular woman...that might come in handy..."> So it did what all good art does it man a lasting impression that kept my mind going back to it.

#1 Its UGLY! Of all the holes I own they ugliest onaholes in my collection. They really need to do something about this! Its not only unpleasant aesthetically but potentially hazardous as all it would takes is a few improper uses and BAM! Mold city! I can basically never use it in the shower because exposing the outside to that much water seems like a one way ticket to Moldsburg, Pennsylvania. 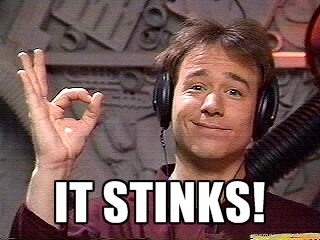 ......For the first few uses that is. I did use some scented lube instead of the LUB the provided and that seemed to help but it was still noticeable for the first 3-4 uses.

#3 Inside packaging Seemed really strange that the bag was not sealed on this hole. They just stuffed the open end of the bag into the open end of the hole...weird.
Would I recommenced it? Well..... Ive gotten my moneys worth and I dont feel like it was a waste but in the end I would say get this if you are into hard onaholes and looking to top off next your order with something interesting and cheap. Dont go out of your way however! The price is right at 10 bucks and it feels rather nice IMO just dont expect anything out of this world. How did you like my review? This is my first ever full review and man I must say it was alot more work the I expected! If you enjoyed the review or found the info useful please let me know and Ill continue to review all my new onaholes from now on. Thanks!
Top

Launch, did you see this bodybuilder onahole? http://www.kanojotoys.com/transcending- ... -3332.html

I love muscular girls and I'm thinking of this as my next onahole.
Top
Locked
2 posts • Page 1 of 1