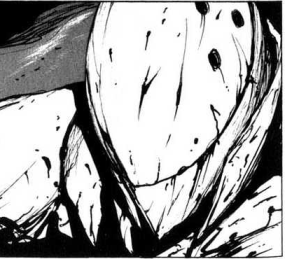 My first Japanese onaholes have been Dojikko Nurse No Shaseikanri and Lusty Slut by ToysHeart.

Of the two, I think Lusty Slut is my preferred one overall. One thing is its weight and heft. Man, it feels satisfying to slam that down. Its problems, so far, seem to be kinda two-fold, the amount of lube it seems to need and its texture. Basically, I think I've found that the texture can outright be irritating or even hurt my dick without enough lube. I mean, it almost feels like it scratches without a lot of lube. And by a lot of lube, I mean like a couple "bars" worth of an Onatsuyu bottle. To put it in perspective, between Lusty Slut and Dojikko Nurse, in the span of a week or a week and a half at most with one session per day (and maybe two sessions each on Saturday and/or Sunday), I used up just about all of that Onatsuyu bottle, with Lusty Slut probably needing more for me.

Granted, I wonder if that's just me, that I need that much lube to tolerate the potential irritation of my dick in both these holes.

Still, when Lusty Slut hits its sweet spot of lubrication, I guess it's pretty good. Feels kinda comfy, and combined with the weight, I guess I can imagine a slut who knows how to make her pussy wind around your dick and take it up to her womb, no problem. And just over the weekend, while using a generic version of Astroglide (because again, I was goddam out of Onatsuyu and the Moisty that came with the hole), I learned how to use Lusty Slut's vacuum womb. That was like, hell yes this slut knows how to tighten her pussy, though I guess other onaholes probably have a stronger effect.

Still though, probably in large part because of Lusty Slut, I'm pretty much out of lube right now, and I'm thinking of ordering two bottles of Onatsuyu sometime soon.
____

Speaking of making orders though, I guess this might belong in another thread, but do you guys have suggestions for another onahole? I guess I'm looking for one around its price point (about $20 USD, maybe $30 at most) that'll hopefully need less lube to be pleasurable and with less potential irritation like Lusty Slut's sorta "jagged" texture. Looking through reviews, I think I'm most interested in Daisuki Hold, Virgin Age: Graduation, or one of the Seventeen Bordeaux series.
Top
Locked
12 posts

Return to “Advice and Help about products”